Resources, including photos, videos, and transcripts from the day will be posted as they become available.

The robing of delegates and those in the platform party will begin at approximately 1:30pm in the Social Sciences Building.

Following the ceremony the celebration will continue at a reception in Brower Student Center and on Green Lawn starting at 3pm.

A press riser and mult box will be available to media in the Recreation Center for the ceremony.

The event will be simulcast on TCNJ’s website, TCNJ.edu. Media are permitted to use any clips or footage from the webcast.

Media parking is available in LOT 12.

President of The College of New Jersey 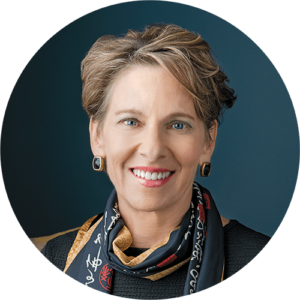 Dr. Kathryn A. (Kate) Foster became the 16th president of The College of New Jersey in 2018.

A native of New Jersey and a scholar-educator with over thirty-five years of experience in public higher education, Foster comes to TCNJ from the University of Maine at Farmington (UMF) where she served as president from 2012 to 2018. Prior to the presidency, she was a Visiting Fellow at the Brookings Institution, on research leave from the State University of New York at Buffalo, her academic home from 1993 to 2012.

Foster earned her BA in geography from The Johns Hopkins University, her MCP (city planning) from the University of California, Berkeley, and her PhD in public and international affairs from Princeton University.

An overarching aim of Foster’s first year at TCNJ has been to clarify the college’s institutional priorities and align the relevant pieces – strategy, budget, capital investment plan, and programming – to ensure that the institution is making the most responsible and wise choices for today and tomorrow. This has involved the introduction of a new budget process to better align investment plans with priorities, and the development of key performance indicators to monitor progress.

Foster has placed particular emphasis on building a more inclusive community at TCNJ. The creation of a Division of Institutional Diversity, Equity, and Inclusion; formation of a Bias Response Team; and the development of new education and advocacy programs are among the early achievements.

She worked closely with the University of Maine System Chancellor and Trustees to map strategic directions for the public higher education system in Maine. Foster served as chair of the presidents’ council of the North Atlantic (athletic) Conference, chair of the strategic plan committee of the Council of Public Liberal Arts College, and member of the boards of the Greater Franklin Development Corporation and JMG (formerly Jobs for Maine’s Graduates). In 2016 Foster was named by Maine magazine as one of the “50 People Charting the Future of Maine.”

Foster is the author of The Political Economy of Special-Purpose Government (1997), Regionalism on Purpose (2001), and dozens of book chapters, articles, and policy reports. She participated actively on several New York State task forces, including the New York State Commission on Local Government Efficiency and Competitiveness, and was selected by Business First in 2007 as its Woman of Influence in Public Policy. Earlier in her career, Foster was a lecturer at Cal Poly, San Luis Obispo, served as a Peace Corps Volunteer in Swaziland, and, in 2000-2001, as Visiting Fellow at the Taubman Center for State and Local Government at Harvard University.

Tickets aren’t required for the ceremony, but seating in the Rec Center is based on availability. Please arrive early. A simulcast of the inauguration will also be carried live in Mayo Concert Hall. All are welcome.

This event is being planned by an inaugural committee, as charged by the TCNJ Board of Trustees.

The procession will begin at 2 p.m. and follow two routes—one for student delegates and staff, the other for faculty, institutional delegates, and the president’s party. Use the map below to find your ideal viewing location! 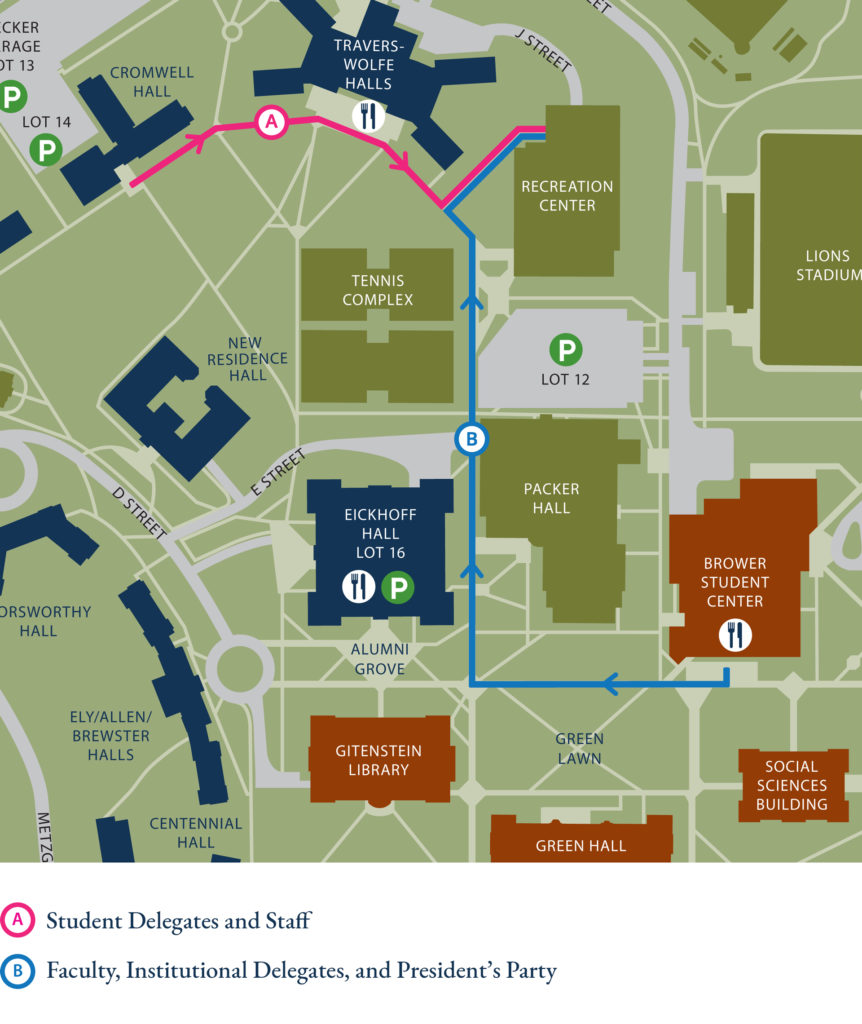 Information for Student Delegates and Faculty and Staff

Additional Information for All Delegates and Participants

Accessible Seating for the Ceremony

The Recreation Center is accessible for wheelchairs. Anyone needing sightline to the sign language interpreter should contact Conference and Event Services at 609.771.2361 for accessible seating reservations.

Wheelchairs can be rented at the medical supply companies below. For further information regarding pick up and return, please call the vendors.

Signing for the Hearing Impaired

The Ceremony will have a sign language interpreter. Reserved seating with a sight line to the interpreter can be arranged by contacting Conference and Event Services at 609.771.2361.

Campus Police will direct guests to designated parking areas. Mobility-impaired guests may be dropped off at Trenton Hall Circle. Golf carts are available to transport guests to desired campus locations.

The inauguration of Dr. Foster will be webcast for those who are unable to join us at the event or at one of the campus viewing locations. The live stream will be accessible from the college’s homepage: www.tcnj.edu. It will begin at approximately 1:45 p.m. (15 minutes prior to the start of procession.)

The College of New Jersey’s academic tradition reaches back to 1855 when it was established by the state legislature as the New Jersey State Normal School. It was the first teacher training school in the state and the ninth in the nation. Governor Rodman Price, sometimes called the founder of the New Jersey Normal School, promoted the idea of a training institute for New Jersey’s teachers and mobilized support among influential state leaders.

Originally located on Clinton Avenue in Trenton, the Normal School flourished in the latter 1800s, expanding both its academic offerings and physical facilities. In 1925, the first four-year baccalaureate degree program was established. This change marked the beginning of TCNJ’s transition from a normal school to a teachers’ college and was accompanied by a change in physical surroundings. In 1928, a beautiful 210-acre tract of land in Ewing Township was purchased as a new site for the College.

Graduate study was instituted at the College in 1947, and accreditation from various national associations was forthcoming in the 1950s. The enactment of the Higher Education Act of 1966 paved the way for TCNJ to become a multipurpose institution by expanding its degree programs into a variety of fields other than education. By 1972, seventy percent of entering students were selecting non-teaching majors.

In the 1970s, during a period of declining enrollments nationwide that saw other schools lowering standards to attract students, the College made a decision to raise its already high standards. Since that time, the number of applications to the College has increased steadily and it has become one of the most competitive schools of its kind in the nation.

The College of New Jersey emphasizes the undergraduate experience. A strong liberal arts core forms the foundation for a wealth of degree programs offered through TCNJ’s seven schools—the Arts and Communication; Business; Humanities & Social Sciences; Education; Science; Nursing, Health, and Exercise Science; and Engineering. The College is enriched by an honors program and extensive opportunities to study abroad, and its award-winning First-Year Experience and freshman orientation programs have helped make its retention and graduation rates among the highest in the country.

Today the College provides academically prepared students with a challenging undergraduate education and a rewarding residential experience, small classes, and a prestigious faculty.